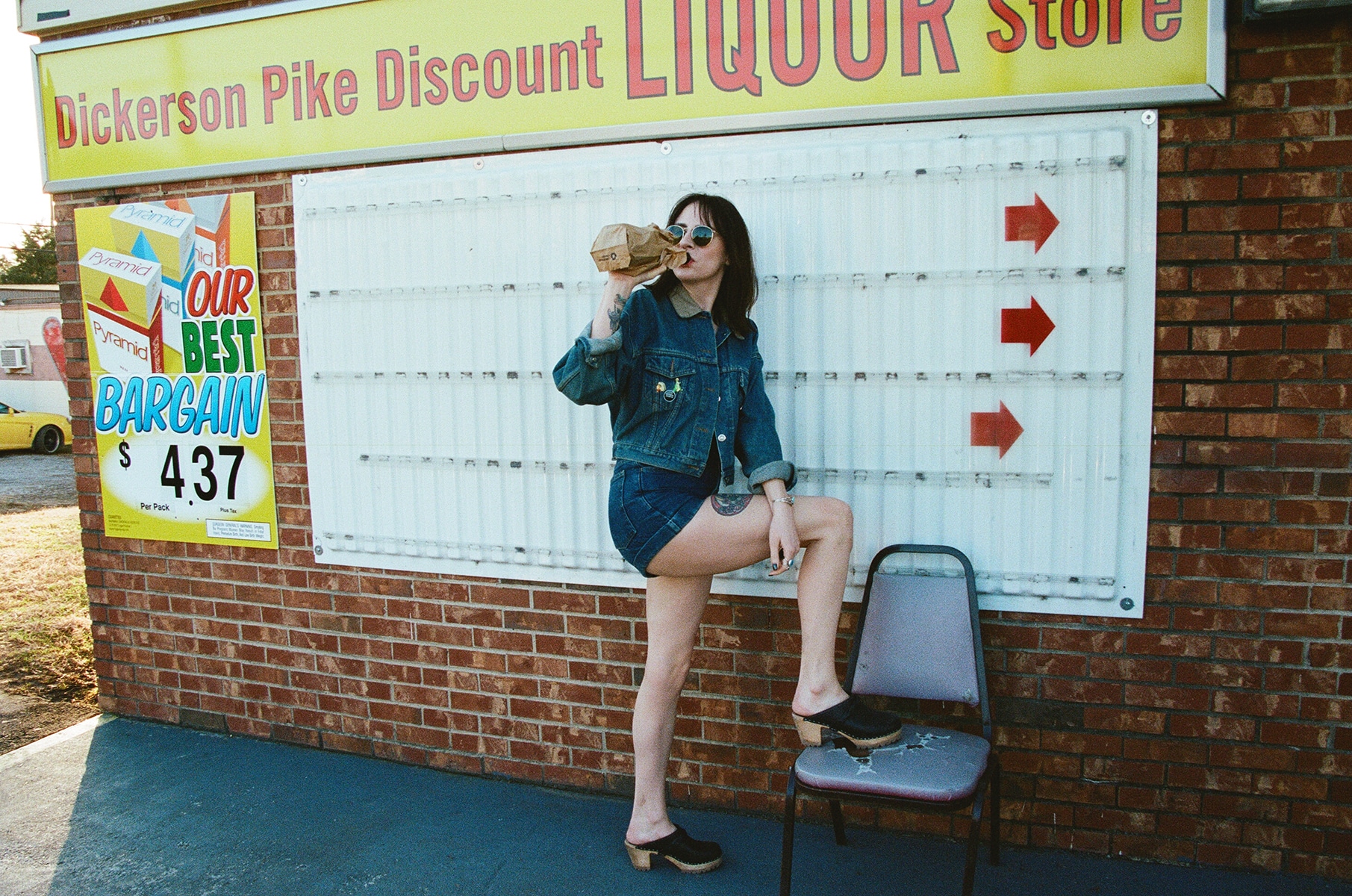 One of the reasons Mad Men is one of my favorite shows of all time (among many) is that it is one of the most honest depictions of the struggle of women in all its various forms.

From the housewife, to the working woman, to those caught awkwardly in between. From the “too beautiful to be taken seriously”, to the “not beautiful enough to listen to.” From the immensely privileged, to those having to stand alone. The show excruciatingly shows the existential struggle women feel to become something in this world. And that nuanced ennui was plaguing women long before the age of the Madison Avenue advertising blitz, just as much as it has since.

So queue this edition of First of All, where we find three famous women trapped inside what feels like a Mad Men episode time warp.

As I’ve said before, any excuse to highlight the maniacal megalomania of Taylor Swift, I am present for! And she threw us a soft ball this quarantine season.

At this point you have likely heard about the disgusting slaughter of 25-year-old Ahmaud Arbery in Georgia, by a retired white cop and his son, Gregory and Travis McMichael (and their accomplice William Roddy Bryan who was not just a neighbor filming; you can hear him cocking his gun in the video). No matter what your opinion on citizens arrests, a citizens arrest is not hunting down a man on a jog. To prove even further how devastatingly fucked up our nation’s relationship with race is, the men who murdered him were not arrested until over a month later, and only due to a massive protest on the internet.

The nauseating lack of justice for such a hideous crime should spark an outcry on social media—but much like the saga of basic white people offering “thoughts and prayers” as a condolence —justice for Ahmaud must go beyond letting the world know you think it’s wrong so you can rest easy.

Queue Taylor Swift who tweeted, “I’m absolutely devastated and horrified by the senseless, cold blooded, racially motivated killing of Ahmaud Arbery. #JusticeForAhmaud.” It’s been long understood among #woketwitter—and anyone who cares about social justice more than they care about the world thinking they care about social justice—that saying “racially motivated” rather than “racist” is a blatant copout by faux white allies.

It’s common phraseology used on programs like Fox News, and among many conservative media personalities who sometimes have to stomach admitting that white people are terrible. If something is racist, call it fucking racist, you coward.

And lastly, as writer Sarah Hagi pointed out on Twitter, “I know stans will find this and I hope they understand, a very light criticism of someone you love does not have to impact your life.” Having reiterated that, you can send hate mail to chloe@mundanemag.com.

Moving on. In other terrible white women news, food writer and New York Times Cooking columnist Alison Roman severely stuck her foot in her mouth this week while being interviewed for The New Consumer about her internet fame and recent bestseller Nothing Fancy.

During the interview she took a cheap shot at Chrissy Teigen and Marie Kondo, both women who have built their own empires on homemaking products and media, not unlike Roman. Teigen and Kondo, as household names with their own widely-watched shows, are clearly more successful and farther along in their careers, which Roman clearly was triggered by when asked what would be next for her:

“Like the idea that when Marie Kondo decided to capitalize on her fame and make stuff that you can buy, that is completely antithetical to everything she’s ever taught you. I’m like, damn, bitch, you fucking just sold out immediately! Someone’s like ‘you should make stuff,’ and she’s like, ‘okay, slap my name on it, I don’t give a shit!'”

And of Teigen, the author said that what she “has done is so crazy to me. She had a successful cookbook. And then it was like: Boom, line at Target. Boom, now she has an Instagram page that has over a million followers where it’s just, like, people running a content farm for her. That horrifies me, and it’s not something that I ever want to do. I don’t aspire to that. But like, who’s laughing now? Because she’s making a ton of fucking money.”

Mind you, those quotes came after she discussed the new limited edition remake of her vintage cooking utensils and tools.

It begs to be pointed out that Roman is a white woman, while Teigen and Kondo are Asian women. It’s almost a text book example of unconscious bias, that Roman could so easily shit on two Asian women without even considering any of the myriad white lady chefs and homemakers with product lines that overpopulate the genre.

Also, it’s just a little astounding at this point for anyone seeking fame in any industry to take some kind of anti-capitalist stance; whether you’re selling books, spoons or pussy, we’re all in it for money, so what even is a “sell out” anymore? It’s worth noting as well that Teigen had signed on to Executive Produce the very show Roman talks about having an upcoming appearance on in the interview.

Roman has since apologized, stating in a lengthy Twitter letter,

“The fact that it didn’t occur to me that I had singled out two Asian women is one hundred percent a function of my privilege (being blind to racial insensitivities is a discriminatory luxury). I know that our culture frequently goes after women, especially women of color, and I’m ashamed to have contributed to that.”

It’s a fine apology from a white author who knows her career depends on it. Teigen who is infamously unshy on the internet has volleyed back and forth with Roman since the whole saga began (which in true social media time was at the end of last week).

First tweeting how hurt she was by the words coming from someone she’d championed and admired, to taking a social media break and making her ever-popular account private, to openly accepting the apology. Kondo has taken the probably less emotionally exhausting route, and stuck with no comment.

In what feels like an Internet year ago, we were reminded last week that Adele has lost weight, and people still have incredibly problematic feelings about bodies!

Adele posted a photo to Instagram that thanked the world for her 32nd birthday wishes, and praised frontline workers. But it also revealed an almost unrecognizable singer. And everyone had something to say about the fact that Adele has lost over 100 pounds—except Adele herself!

I think it’s a good rule of thumb that if someone doesn’t begin a discussion about their body or weight, they probably don’t want to hear what you have to say about it! Of course we all want to compliment our friends when they’ve gotten fitter, but it’s also important to remember how those compliments will echo in their ears with their own self-loathing if they were to backslide. Also other people’s bodies are none of your business!

Most obnoxious of all were the fat-phobic people aggressively defending the trending praise of Adele’s weight loss – because according to them, we should encourage healthy lifestyles no matter what—or the converse of people lobbing anger towards the 15-time Grammy winner for losing status as a plus-sized woman, and therefore somehow saying being bigger is bad just by living in her own body however she wants to.

I’m aware that all of the above 1,200 words have been a little exhausting. It’s rehashing the past weeks female-centric celebrity gossip. It’s telling you what Becky said about Regina, so that it might get back to Sarah who’s mad at her too.

But that’s the point! Being a woman in this world is exhausting! Why are we subconsciously digging at each other all of the time? Why must we publically accept each other’s apologies? Why do people care so fucking much about our bodies?

If this pandemic could teach us anything, it’s to be way more motherfucking chill. Stop being terrible to each other. Start thinking before you speak. Fight in a real way against injustice. And put your own mask on first before assisting others. 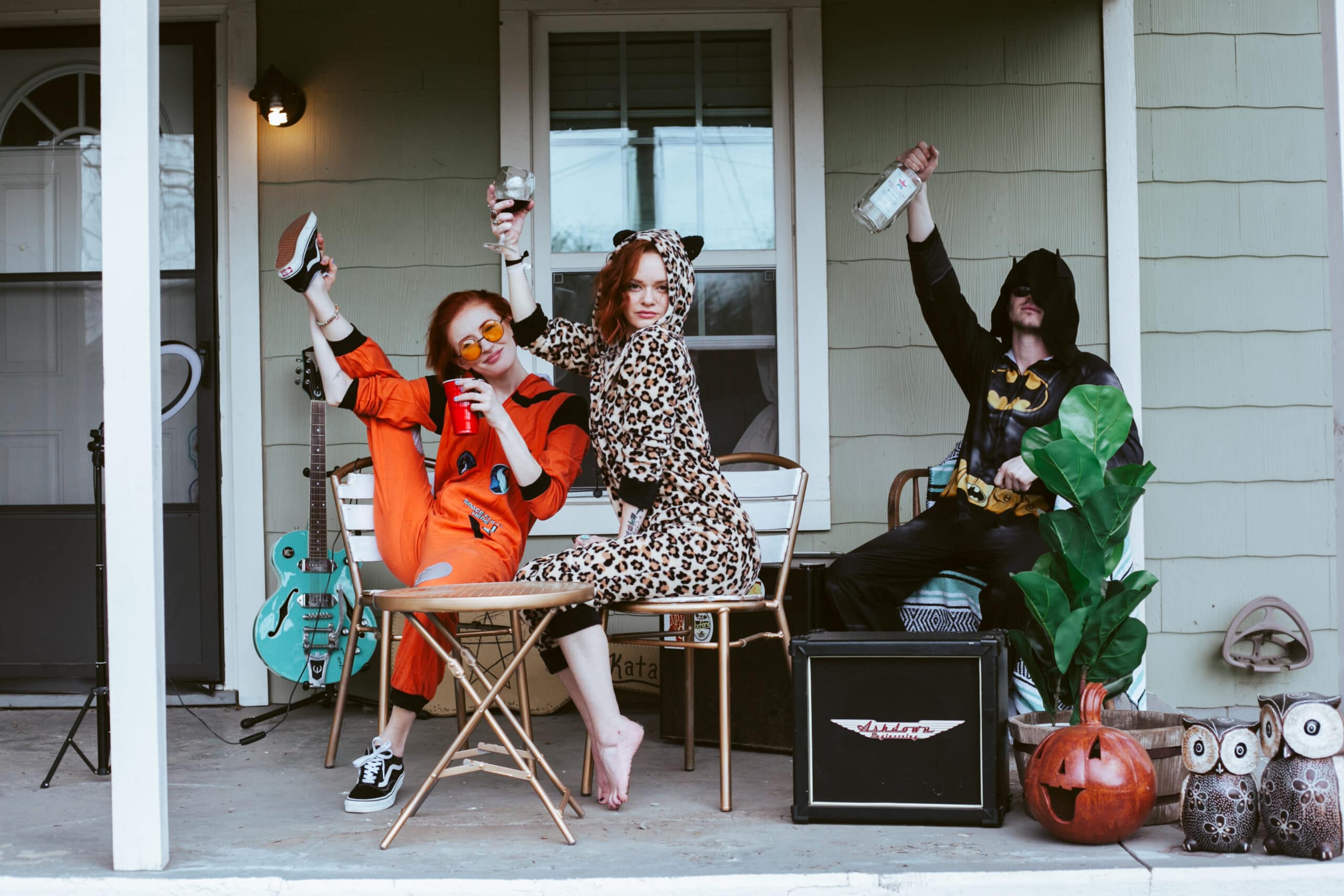 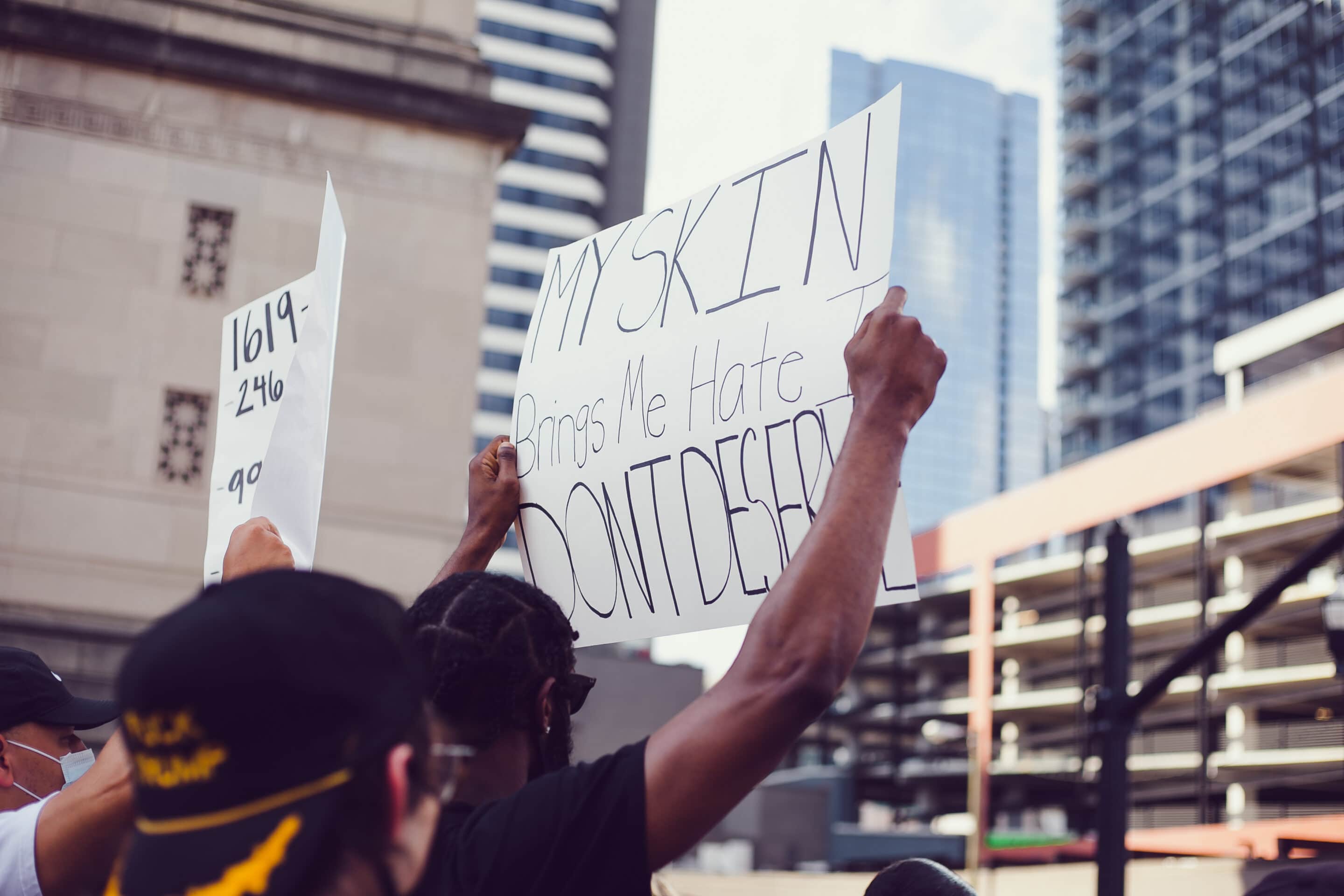 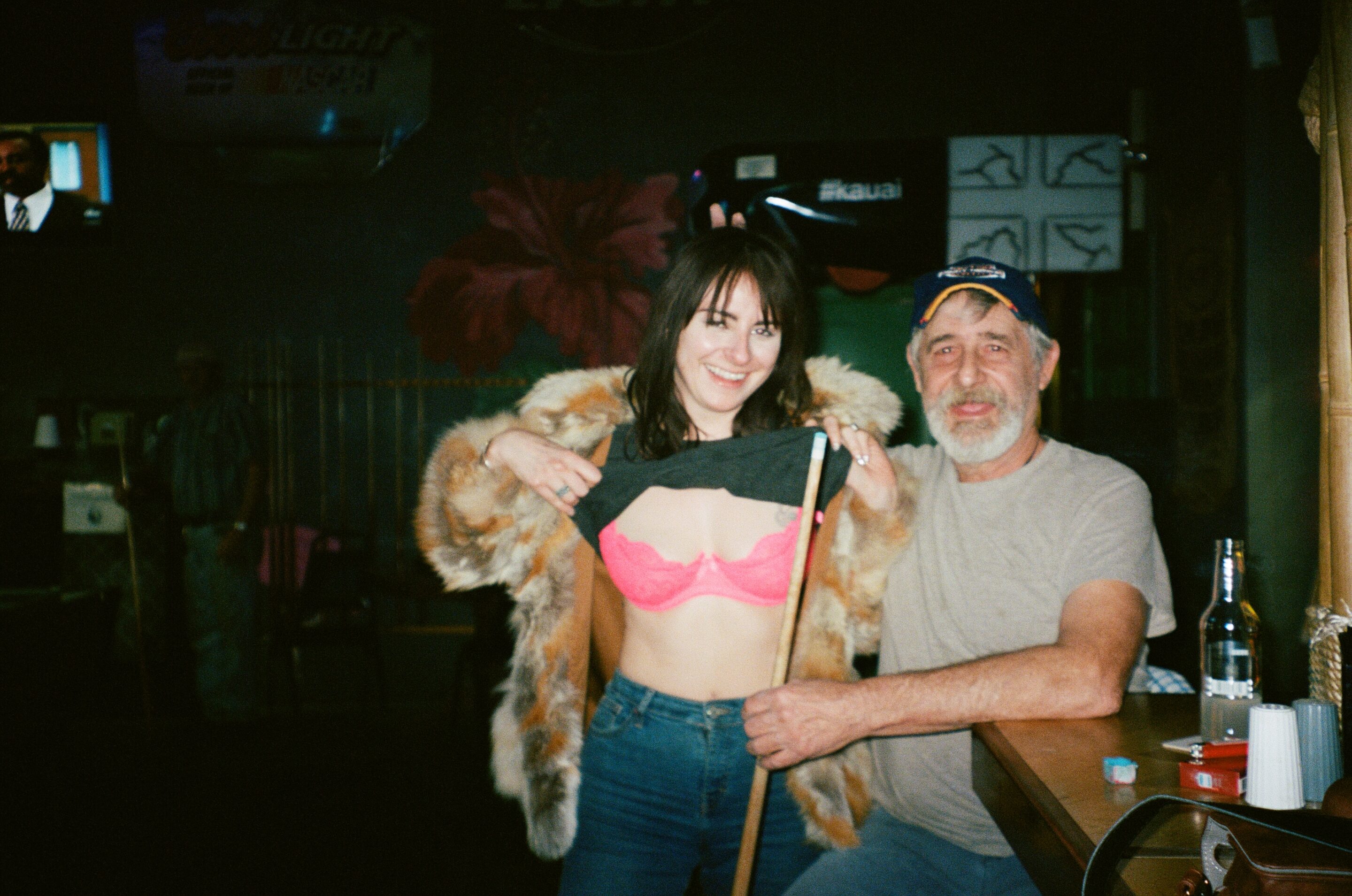 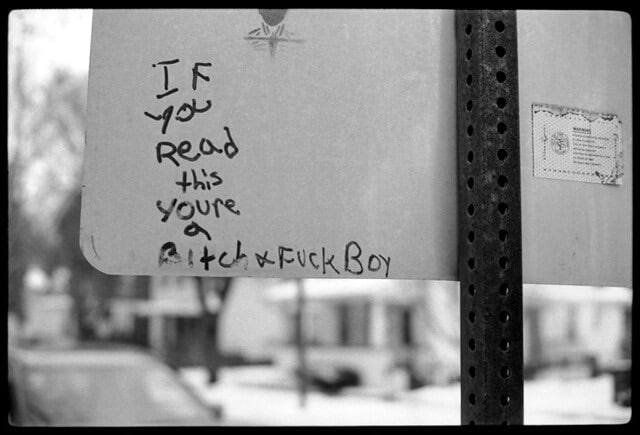 What is a fuckboy?