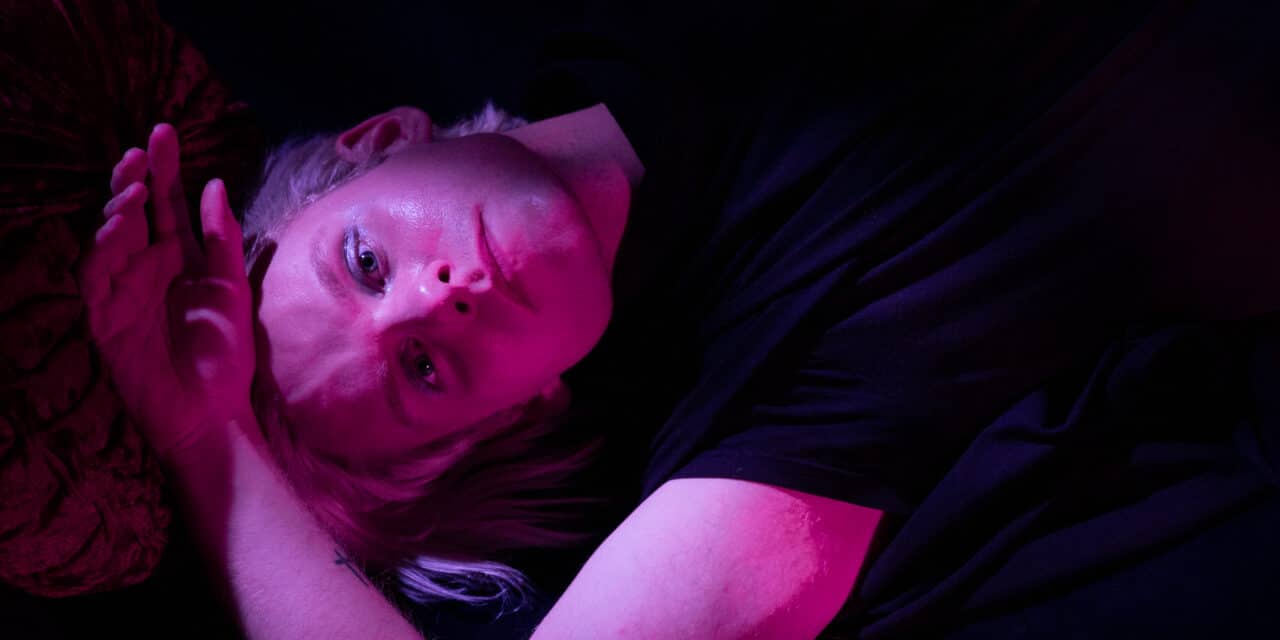 Emerging from the prairie lands of Kansas with an avant-garde, rockeresque – pop sound Brittan Smith, now a Los Angeles based musician, is crafting dramatic musical worlds bathed in neon. A vocalist from a young age, Brittan turned to his mother in the car one day while jamming out to Bon Jovi and said “I’m going to be a rockstar.”

He has been on that artistic path ever since. With inspiration from artists such as Lady Gaga and Chester Bennington, Brittan Smith began to craft his sound while maintaining a message of embracing all the things that make you unique.

Growing up in the Midwest had its challenges – Brittan being a member of the LGBTQIA+ community and someone who deeply struggled with depression and anxiety faced hardships like much of the youth of his generation did.

With this, Brittan chose to fuel his art and focus on expressing the different ways music can be used to connect people. His first release “Tension” was in 2018 and since then he has continued to cement his sound while also delivering stunning visuals. His most recent releases – “Eyes On The Road” and “Cyborg” – have garnered over 25k streams collectively.

Brittan Smith is ready to amplify his message and filmmaking background with his forthcoming EP Going Rogue set for release later this year. He intends to introduce his audience to an entire alternate universe with interconnection between videos, song themes and future albums.

Okay so, everything really started moving forward about 4 years ago. I was living at an artistic commune with 60 other artists in LA – which is just as intense as it sounds – and I found myself doing the whole falling in love thing for the first time which in turn led me to writing more music.  I ended up writing “Tension,” the first song I ever professionally released.

It was the first song that made me believe I could actually make music – as like a real life thing. I even texted the very low-quality phone sound recording to my mom and said something like “I think this may actually be good enough to make!” Then, I ended up making a whole dystopian world music video for “Tension” with a bunch of filmmaker friends and that really helped me fall in love with the filmmaking aspect that I pair with my songs today.

Ahhh “Fiend” was born out of a mixture of being uh super pissed and a desire to point out what I think is a hypocrisy most of us have. I know I’ve fallen into it quite a bit. Basically, what I wanted to do is point out how we judge people on surface levels and decide if they’re good or not good based on what we think that label means.

For instance, being from rural America, there are a lot of stereotypes about what people there are like. Sometimes, they’re true but sometimes they’re not. It’s a case by case, person by person situation and I believe society has moved a little too far towards using blanket statements.

In “Fiend,” I really focus on the line “You don’t know, you don’t even know me.” We think we know someone by their label, place, sub-group in society and truthfully it doesn’t even register that we really don’t know them at all.

The pissed off part was from being pissed at people who thought they could define me by perceived labels. I basically decided I would own the label fiend since that’s how they wanted to characterize me anyway. Taking the power of the word back.

WHat’s the best part of being a musician for you?

I really, really enjoy watching the songs evolve with a producer! It’s so fun to me to sit in the studio and pull up different examples and talk about the different ways we can make instruments metaphorical or allude to deeper themes in the song. I also will just go in the booth and make random noises and just squeak or whatever into the mic.

Getting to transform and just tuck those sounds into the songs…it’s just so exciting to me. I also adore being on set and interacting with the camera. I have a phenomenal DP and co-director (Shoutout Heather) and we just feed off of each other’s energy and I just feel so present in the moment which normally my mind is flying a millions miles a minute so I treasure those moments that feel grounding.

Yeah, so with songwriting, most of the time a chorus just pops into my brainspace and I just voice memo it out. If it really sticks and registers emotionally with me a few days later, I’ll start writing out a full song. And you know, this is the phase where I get really, really hyped about a song.

I’m always like “Oh my gosh, this is it, this is the best thing I’ve ever written” and this is also the phase where a lot of my songs die! I have a small circle of friends I share song drafts with and ask them to basically rip them apart. I’ve found that a lot of the songs that I think will really connect with people just aren’t or only pieces of them are actually working.

It’s so important to me that what I’m writing and putting all this effort into releasing connects with people on an emotional level and makes them feel something. For a while, I just flew blind with only my own feedback and there’s one song I released (which I’ve now stripped from the internet and buried) that was so in my own world.

It didn’t even connect with me by the time that it dropped. Like the whole point of music is to connect with each other and to speak to humanity or remind us to live. So once a song proves it can do that for more than just me, it moves onto the recording process and all the fun stuff!

Mental health is a huge thing for me. I’m normally writing about something in that realm, or being an outsider or poking at society as a whole. I was heavily bullied growing up both online and at school and now I feel so much stronger and more stable in who I am and what I want so I want to reach out and stand up for people who are in or who have been in similar places. In every dark period of my life music, film, & video games have become sanctuaries for me to heal and believe in myself again. I want my lyrics to be a sanctuary for people and I want to challenge our society as a whole to be better. Obviously, better is subjective so I’d like to build a community through the art that can discuss what better truly looks like.

I do! I draw on paintings and movies primarily for filmmaking inspiration and then with music I’d say video games are actually the huge driver for me. I love to world-build and I often imagine each song in it’s own world so I find video games to be most immersive. I also love dark, moody toned films and dystopian fiction and definitely integrate inspiration from each into my music and videos.

Hmm…that’s a great question. See, I just recently found my own style over the past five years or so. I really don’t want to be held responsible for how I dressed before then…there were some questionable choices! I would say I get a lot of my aesthetic/style inspiration from the rock world. I grew up on rock/metal music and I’ve always been drawn to a darker, more alternative aesthetic. Bill Kaulitz from Tokio Hotel really opened up my mind to ambiguous fashion.

That inspiration paired with being really into experimentive fashion brands like Orttu and U.K. brands like Other, I’ve really got this mish-mash of avant-garde meets rocker vibe that I just feel really confident in. Fashion was actually the first place I rebelled in life, I just really focus on what I feel confident in. Sometimes that’s a flowy silk longline cardigan, sometimes a tear-away bodysuit but most of the time just black skinny jeans and a tee.

I would say my proudest moment as an artist was getting an Instagram message from someone who really connected with my song, Eyes On The Road (EOTR). They were going through a similar struggle that I had growing up and they were thanking me for making EOTR. They said it empowered them and how they wanted to do what I was doing someday. I absolutely teared up. This industry can be exhausting and sometimes doubt can be very overwhelming but to hear that my song helped someone just made everything I’ve sacrificed and fought for worth it.

I would say to trust what makes your artistry your own. I was really trapped in doing what I thought I was supposed to do for about two years. I went through two stage names before settling on the name I’ve had my whole life and I thought I needed to be more poppy and then more alt and then more rocky. Really, I just needed to make what I felt like making and just really invest in the quality. Whatever you make, make it your own and make it as good as possible.

Also, it’s a long game. It’s not the viral tiktok that makes your song get millions of streams overnight or begging a label to give you the time of day. It’s about building something that you can be proud of and grow over your future as an artist.

The other quick tips I would say are

I would really love to change the conversations around numbers. The industry is so focused on the numbers for everything: TikTok, IG, Spotify, etc. I get the business side of it but I think we’re losing sight of the people behind the numbers. Each stream and view is someone’s time. Each listener on Spotify is a person (except for the bots, which also need to go).

I just think that when we’re so focused on going viral or getting the next how many ever streams that we don’t enjoy the whole process. It clouds our creative judgement. Now, I’m saying this as someone who doesn’t have a million streams so take that for what it is but I’ve realized the less I’ve chased and needed the numbers the easier and more naturally they’ve come. 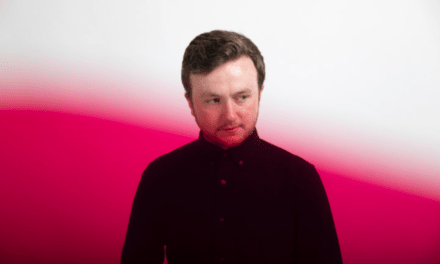 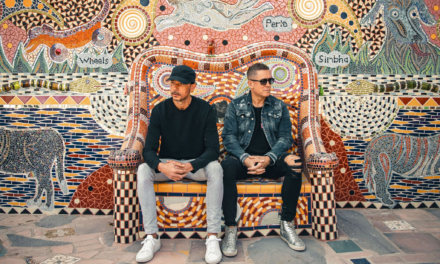 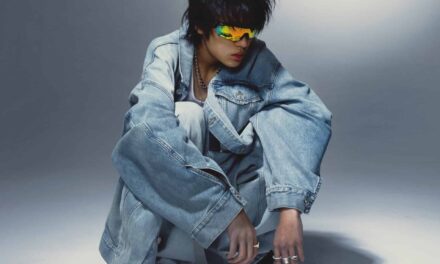 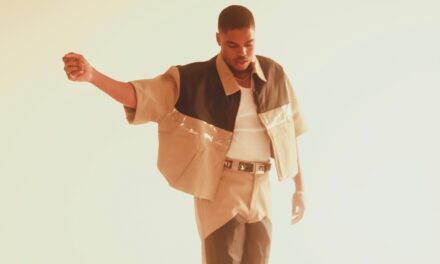