I spoke with Fab immediately following the first national Black Lives Matter protests, when curfews had just been instituted in most major cities in the US.

“The world is literally burning. We need a revolution,” they declared calmly, describing the climate in New York City – their home base – as “hot and tense. Our curfew starts at eight pm.”

Fab is, as a project, a symbol of proud defiance. “We only recently started realizing what Fab does…we will get messages from all over the world,” states Greg, “someone from Egypt said, ‘I can’t tell you all what you mean to me. I can’t live that way here. It would be a death sentence.’” They have become a voice for the voiceless – people who would be persecuted for openly expressing their sexuality.

“We both grew up in rural areas. If I had seen something like this it would have been life changing. I didn’t even know that it was possible to find a gay relationship. I hope there are kids growing up who can see this and realize that it’s possible.” 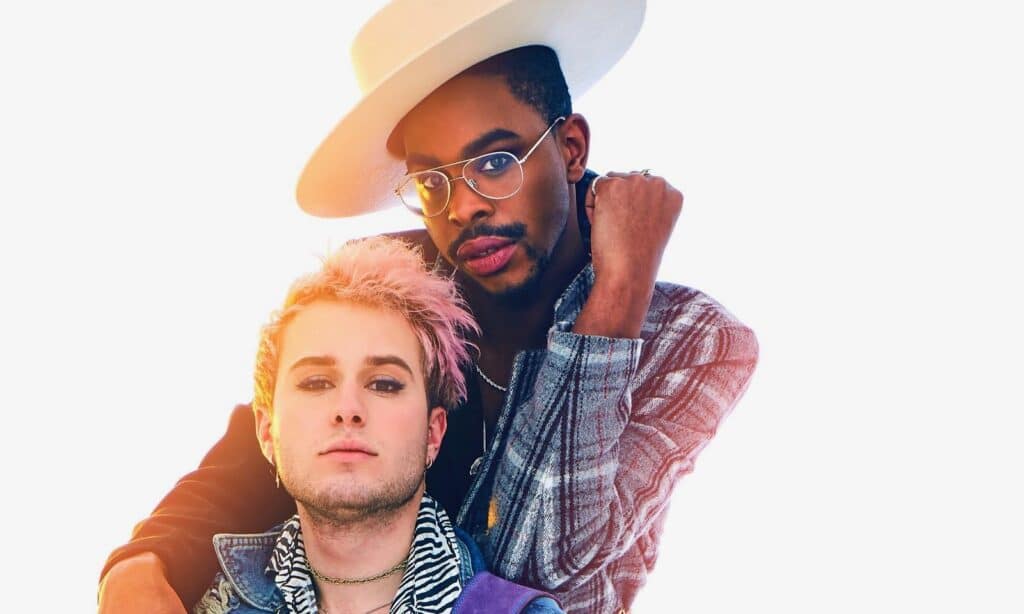 Fab has become for some the face of a movement, one inevitably moving towards inclusivity and civil rights. “We’re literally making history. There’s no other gay couple that’s breaking into the music industry right now. There’s power in that.”

Their new single, “Our Love Is Resistance,” speaks for itself. Fab had originally planned on releasing the track in April, but decided to delay the drop due to the state of the world. When protests began, they decided that “this time was so important to use our voices.”

The track “encapsulates not just our views on human rights, but, as artists, we want to use our art to protest. Funnily enough the music video is a protest. It starts in a Church and ends up at Stonewall.” They intended to release during Pride, but “with all the protests going on it feels even more timely.”

Like most artists, Fab recognizes and utilizes the fact that art is the artist manifestation of social influences, upheaval, and climate. “People are really scared right now to do/say anything – create art or promote art. We know that this song, this EP, and this time are so important. People need anthems, battle cries, chants. I think now is the time for artists to speak up and create even more. Artists are born to be the forces of change because we have a very unique perspective on the world.”

So many feel uncomfortable utilizing their voices during this time – “a lot of people don’t want art to be expressive right now. People are afraid.” Yet many are taking this opportunity as a call to action –  “art has always been a centrifugal force for change,” and for Fab, “this is our battle cry and our protest.”

Our love is radical

Our love is a statement

And our love is powerful

Our love will shake the Earth

And will tear down a million walls 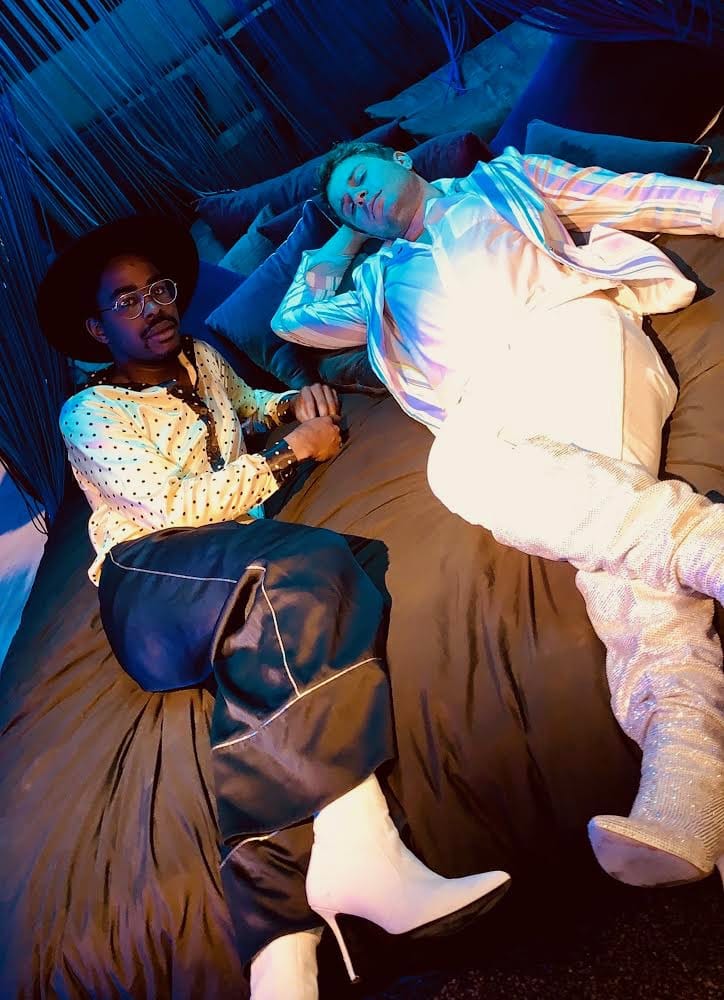 “We met on Tinder three years ago,” laughs Brendan, stating, “you may think we are one thing, but we are so much more:” The music video for their new single closes on an image of them kissing – “I think it’s really important for people to see what gay and interracial love looks like.”

As the world shifts, so must the music industry – “I would love to see more support given to specifically black artists, but any artists of color,” states Greg. “Society in general, and music as a part of that, is very keen to give people what they know instead of giving people new perspectives, ideas, or faces. I hope that this is a wake-up call for the music industry to start supporting black artists.”

Like many barrier-breaking groups before them, Fab has positioned themselves and their project to challenge the status quo and forge a different path. “Our favorite artists are the ones who aren’t afraid of change and are not afraid to be themselves. P!nk has always been P!nk. She knows who she is. She evolves with her music. Gaga is the same. She’s quirky and fierce and weird. Billie Eilish is so different, but somehow you’ve heard everything in her music before. The most inspiring artists, for us, are the ones who aren’t afraid of crossing genres and boundaries.”

Every Friday they put on a live show on their fire escape. These “Fab Fridays” have become symbolic in their own way. People will emerge onto their balconies and clap after every song – “the world is our stage. We’re bringing people out of their homes from a safe distance. Actual live music means so much more and is so much more powerful. That feeling and energy you get when you’re outside, and people are clapping, and we’re all together is so powerful.”

Their last piece of advice, perhaps the best piece: “Be you, be proud, be loud. Love of all forms is going to be what prevails.”

Go watch their powerful music video and stream their new single. You won’t regret it (and if you do, maybe you should check your privilege, cuz that shit is fire).

Related Articles
First of All, it’s problematic being a woman
By Chloe Stillwell
One of the reasons Mad Men is one of my favorite shows of all time (among many) is that it is one of the most honest depictions of the struggle of women in all…
Guest DJ: a playlist by Ashley Boyd
By Ashley Boyd
For this pandemic edition of your Quarantunes, Ashley Boyd has curated you a sexy, loving, gentle playlist of bops both old and new. *** I don't know about you, but this quarantine time has…