Megan Knight is an incredibly soulful and impassioned singer-songwriter, born in Southern New Jersey. The poised influence of her writing reveals a powerful singer willing to risk what it takes to push the limits as far as they will go. Knight’s music is strongly defined by its contradiction; which radiates with confidence and vulnerabilities that outline a perfect balance between modern and classic sounds, that pull inspiration from many different genres.

At an early age, Megan knew that she wanted to make singing, songwriting and performing her life-long career. With musical roots that span generations, it was natural for her to work tirelessly to hone a sound that is uniquely hers.

After playing the game Rock Band, it made me want to be a Rockstar, haha. I initially wanted to learn drums. After my dad explained the dedication needed to set up the drums and everything, I decided to pick up a guitar instead. I taught myself guitar on YouTube. After my parents heard me play, they wanted me to try out an open mic. That first performance got me hired for my own show. I got booked to headline my own original show by the company who hosted the open mic. That night changed my life forever. That gig led to another then another then another and that’s how my career got started.

This single I wrote after being inspired by listening to Ohio by Neil Young; the tuning of that song had ideas hitting me immediately. The story tells of my life on the road and sacrifices I’ve made since a young girl to pursue my dreams in this business. It’s definitely not an easy industry to get into but no matter what it’s taken, I’ve always felt I’d do anything to be able to follow my dreams.

I love writing about stories of my life, my friends and families lives and also, I love to make up characters. Sometimes while watching a tv show or movie, ideas start flowing or when I’m walking around in public I might hear or see something that sparks me. My inspirations vary day to day.

While recording “Hard Way To Go,” I was doing the vocal riff in the chorus about two billion times to figure out what I wanted to do melodically. I remember looking in the control room and we all just started dying of laughter when we realized we already had the keeper take from from the first original run through.

My official music video for this project isn’t released yet but I’d love to explain it all once it’s released. I do have a live version of “Hard Way To Go,” out on YouTube however if you’d like to check that out! My band and I had a great time filming and jamming.

“O” by Damien Rice. That album makes me emotional to this day. The simplicity of the record that somehow transcends to make an insane impact completely amazes me. I’ll never get over it.

Coldplay. They constantly evolve, stay relevant and remain innovative. They’re incredible, I admire them a lot.

Yes! My entire EP will be out in the New Year but I’m actually headed back down South next month to start writing the next project. I can’t wait!

Everything. It’s that simple. I don’t even know who I am without music. It’s pretty much my entire identity; everything that I am.

A blend of Country, Roots, Rock and Americana. 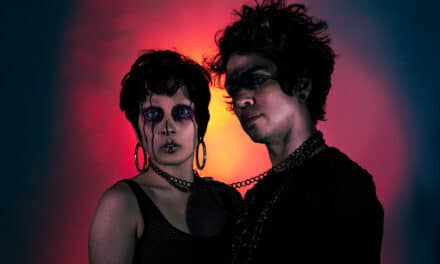 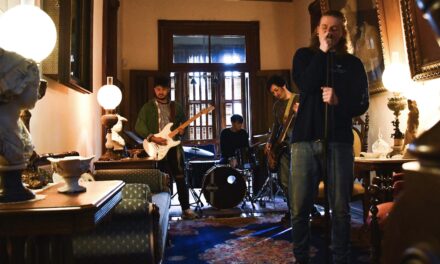 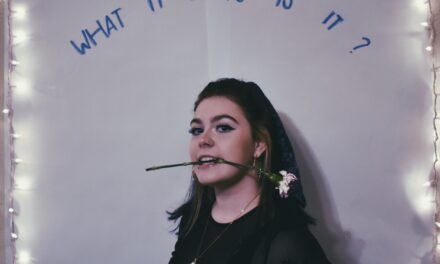