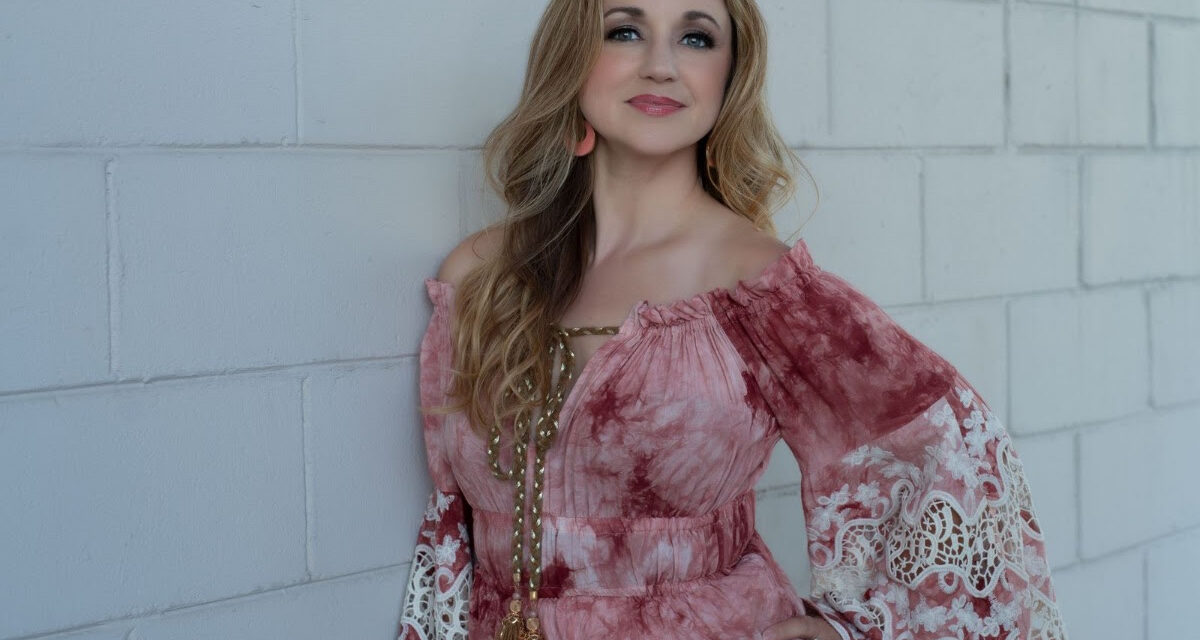 Singer/songwriter Carrie Cunningham is back with her eighth song from her Showgirl Series!

With alluring lyrics like I’ve heard you’ve got somebody in the city, but where is she tonight, we’re standing under the same chandelier, but I’m seeing me and you in a whole new light, Carrie shows off a more seductive side with “All Over Me.”

Carrie is based in both Nashville, Tennessee and Huntington Beach, California. She has been a touring artist for two decades and has performed on over 1,000 stages. She has had the pleasure of sharing the stage with over 50 national acts, such as Kacey Musgraves, Charlie Daniels, Jake Owen, Crystal Gayle, Diamond Rio, Collective Soul and more.

Hello!  Thank you for asking!  The Genesis.  Well, I’d like to think it has been years in the making.  For so many years, as an entertainer, I was either too country, or not country enough, too old, a girl, etc.  I grew up with a love of all music and, to me, if the song gave me a reaction- like making me want to dance or bob my head around, reflect on the past, or even want to explore more of myself- I didn’t care what the genre was.

When I had made a huge decision in 2019 to take a mental break from touring, I knew I couldn’t stop music all together.  I knew that the industry wouldn’t miss me if I was gone and part of me felt like my fan base wouldn’t either.  I needed this moment in my life.  This turning point allowed me to say to myself that I will record whatever genre I want, whatever song I want, because as much as I need my fans and to stay relevant in the industry, I also needed to feed my creative soul.  For too long, my Stevie Wonder, Dianna Ross, Donna Summer, Mozart, and Aerosmith desires were being covered up by my country persona.  So, when I decided to create this next album, I decided to do it for me.  I found that I was pulling from 7 different genres and if I had really thought more about it, I would have added more songs to incorporate my jazz and classical side.  I am extremely happy with this Showgirl Series.

It means having the privilege of being able to reach in and touch the lives of others like nothing else can!  It is also the number one source of healing the spirit, in my opinion. Being able to entertain is huge.  I love to entertain.  I love being on stage.  But, I also know that it is easy to lose who you are when you are chasing the artist role. If you love to give back and make people happy though, you become a superstar no matter how big or small you are.  Music is literally the foundation of our lives.  I know it is for me.  Ever since I was 8 years old, I knew this is what I wanted to do…thanks to “Man-eater” by Hall and Oates and watching the Barbara Mandrell and the Mandrell sisters on TV.

Like most songwriters, I always have my songwriting “feelers” out – little antennas that make us look like aliens in our minds.  I listen to what people talk about, I read, watch movies, go off of my emotions and some personal experiences. I also love to dissect songs thanks to Amanda Williams from Songpreneurs in Nashville.  She teaches you 7 steps on how to break down a song.  When I do that, it helps the creative juices flow.

I never really realized it,  but I think Willie Nelson is the all-time person.  He is such a prolific writer and performer.  He has been an artist/writer since the 1950s.  He crosses many genres – from country, alt country, jazz, gospel, blues, etc.  He helped shape the sound of country music and he is also an activist.  I admire him greatly for standing up for what he believes in.  When I look back on any time in my life, there is a Willie Nelson song playing in the background.

But, talking about today, I would say Old Dominion.  To me, they are like the modern day BeeGees.  Every album is amazing because of their lyrical and rhythmic style.  Like The BeeGees, they also have written number ones for other artists as well. Most people don’t even realize that!

My songs came from being on the road, coming off the road, my past lives that have blessed me with their presence…My love for different genres and really making this album for me, hoping others will enjoy it, too!  There are songs that show a side of me that my introverted-ness won’t allow me to do, but my alter ego would have for sure!  There are also emotions being pulled out in a few of the songs that are deeper than anything I have ever written before.  I couldn’t leave them on the cutting floor.

Check out my latest single “All Over Me” on all streaming platforms!

I really think the love of music from different genres, and the desire to let people hear that I’m not just a country writer or singer, holds a lot of weight.  It’s not like I’m trying to tell the country music industry off, but it’s more like a statement to just let artists be artists.  My biggest downloads have come from my pop and reggae songs…and that’s a great thing!  When I was out touring, I would do medleys – like The Beatles and make them bluegrass style – just to break up the same ol’ same ol’.  Over the years, people would come up to me and say ” I don’t normally like country music, but I LOVE you!”  I knew what I was doing was feeding the listeners with what they wanted to hear.  Not everything is black and white and I don’t believe an artist should be right down the middle.  Get creative and explore your musical desires!  Heck, my favorite time in my life what when I was in a country duo, a classic rock band and singing with the Spokane Symphony…all at the same time!  I was truly feeding my soul.

Cry, lol.  It’s a good release.  I also take a walk and enjoy nature.  I love being out in the open and listening to birds.  Birds in the morning and crickets/frogs in the evening are my favorite sounds.  Then I go and dissect popular hits to get the flow back.

I have been building a niche between the benefit auction world and music.  I plan on building more songs for non-profits and help them succeed at their events!  I plan on seeing a plaque on my wall that has a record on it with some fat numbers, stating the song went gold or platinum.  I would like to be more involved with my associations like CMA and Grammy. I have a lot of knowledge and I love helping people.  Anything but a ghost will be nice!

Wow, thank you!  I am constantly learning.  I feel like I must have my hands in everything, so I do.  Too many times in the past I have been walked on and used.  I think one of the biggest things is to surround myself with people who believe in me.  It’s hard to find in this business, but they are out there.  My years of studying different genres and being stubborn enough to stay the course is really important.  Music is an audible painting, and it is always up for interpretation.  I want to make sure people hear me and I don’t want someone to come in and try to take control of the only thing I have control of – the beautiful music in my head.   When I thought I was going to not only not tour, but for a brief second, think I was going to walk away from music altogether, I realized that I would lose myself.  Music saved my life when I was younger and I don’t know how to be or do anything else.

Social media.  People say it makes it so much easier for people to find your music, but that’s BS. If anything, you have to work so much harder because there are so many platforms out there and an oversaturation of talent and no talent.  We all just blend in.  So, trying to find a balance without losing fans is a difficult thing.  Especially if you are camera shy… OMG, give me the stage but don’t show me the replay or make me sing to a computer screen!  I do of course.  I’m trying hard to overcome what I feel is total narcissism.  At times, I feel like people don’t care or want to see me, but I know that’s a lie.  I just have to kick my own ass occasionally, lol.

As I ponder through all the advice I have received over the years, it sounds pretty much like any other artist in this business.  “Don’t give up, don’t let the truth get in the way of the facts, be true to yourself, you’re doing everything right, just keep going”… But, the best advice isn’t advice.  It’s those random emails from fans letting me know that my song was played at a funeral, or I just saved someone from committing suicide, or that I simply put a smile on their face and they just made a new line dance to my song.  When I feel self-pity creeping in, God somehow seems to let the “important people” know and I get the phone call or the email.

Oh geez, I think more independent artists will become just as popular as the major label artists and realize they don’t need a major label to do it.  A great support team who knows you is really all anyone needs.  As far as entertainment scene is concerned, we are already seeing it with hybrid shows.  Once we get rid of the Covid rules for good though, I expect every show to be sold out for the next five years or so.  Even in the bars for the local musicians! We will all be rock stars once again!! 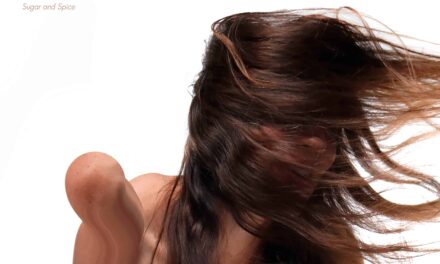 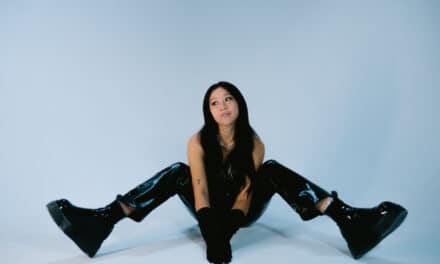 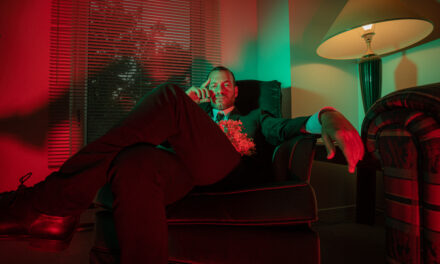 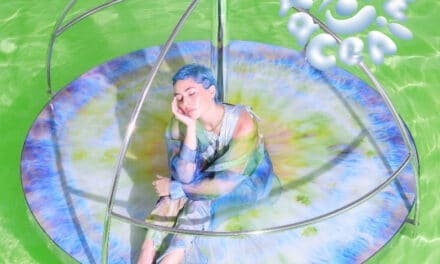