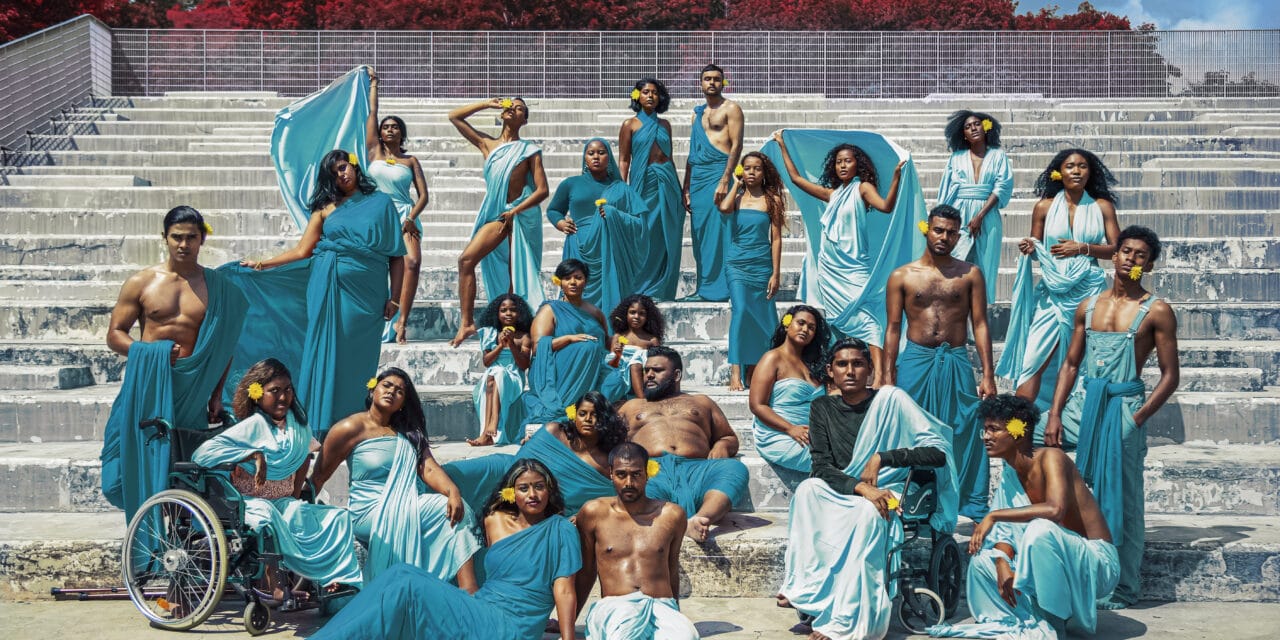 Daniel Adams sees the societal message behind his portraits as the most important aspect of his work. A Malaysian conceptual portrait photographer, he uses his images to start discussions around subjects close to his heart in his home country. His passion to lend a voice to marginalized communities in his home Malaysia shines through the conversion Mundane had with him.

“I tend to photograph or talk about topics that are often taboo, but that need to be discussed. I think it’s super important to create beautiful work, but also to put up an educational platform of one kind or another.”

Daniel’s projects revolve around the LGBTQ, disabled, and dark-skinned communities. “One of my tutors at uni told me to put more of myself into my work. That’s why I started creating more images based upon certain aspects of Malaysian society that are seen as taboo, or just political or social issues that I am very interested in that I feel need to be talked about.

“I’ve come back to Malaysia and started creating work that is a lot more about me – as in more of my identity and culture. It’s an educational tool to help people understand a different perspective, or help people understand what these specific minority groups go through. I think that that is the most important thing.”

After spending three years at university in the UK, Daniel found his artistic voice when he did a project titled “Why is Your English so Good?”, exploring racist microaggressions in the UK against Malaysians. The photo series went viral after being published in The Guardian, gaining global attention.

“For my final university project – this was three-ish years ago – I created a series of images inspired by my experiences at uni and in the UK. I think a lot of people in the UK don’t understand microaggressions, when it comes to racism. It was a lot of racist microaggressions that I found really frustrating.

“They weren’t only from friends, they were also from random people in the streets, people I didn’t know. It was just a really weird concept to me because I had never experienced racism in Malaysia – towards me, at least. But when I went to the UK and I experienced these things it opened my eyes and I realized how prevalent racism is. And I thought I’d create a project based on my experiences, but also widening it to the thought of creating images that revolved around Malaysian’s racist experiences in the UK.

The project evolved from one thing to another and it got bigger and bigger and bigger. I traveled around the UK for three and a half weeks. I went all through England, Scotland, Wales, and Ireland. I took, what, 6 flights, 12 buses, 2 trains, and a bunch of Ubers, and I created this project that depicted a lot of what my uni experience was. Many of my friends in the UK lived in very different areas, and they all had experienced something or another as well.

So, basically I did that and I ended up sending it out to publications and magazines. I didn’t get any response from anyone, until The Guardian got back to me. That was so exciting and I didn’t think they were going to publish it, but they did 4 weeks later, and it got 22,000 shares overnight! I was getting interviews here, there and everywhere. Buzzfeed shared it. World of Buzz shared it. There were so many Malaysian newspapers sharing it. There was a newspaper in Hong Kong that interviewed me, and another in Russia. It was on the Daily Mail in the UK which was…weird, but, it kinda blew up a little bit.

I think that was a turning point because I felt like I was making a change in some way or another, and I was creating a conversion that needed to be there. Discussions are so important because you can understand what these people are going through or what these scenarios are, and how they are important to the people that are involved in them.”

The local arts scene in Malaysia is another topic close to Daniel’s heart. “I just want more inclusivity. Yeah. Inclusivity, and for the fashion scene to have more representation. I hate the fact that there is colorism in Malaysia, and the way the dark-skinned community is discriminated against and their culture is used. That really frustrates me.

This is the way I see it, because I’m half British (I’m Chinese British): Malaysians put white people on a pedestal in some way or another, which I am 100% guilty of doing. I feel like it stems from colonialism and from the media – how white models all over the media are portraying our clothes to us, and setting a specific standard of beauty.

In terms of representation, for example, in the UK, representation in fashion is about a thousand times more progressive than it is here. You go into the tube and see on one ad a black, a white, a Hispanic, and an Asian woman. They’re so aware of it, and that’s what we need to be like here. We need to feature and celebrate local models and artists and give them more recognition.

I’d also like to see more of a connection between the different mediums in the arts scene in Malaysia. The art scene in Malaysia is very segregated, and quite cliquey. Segregated in the sense that the photographers know each other, the graphic designers know each other, etc, but there’s no kind of platform for these artists to connect, because we don’t really have an art’s hub yet. The arts are still a very new industry here and are still growing.”

Daniel first picked up a camera at the age of 14 and became increasingly captivated with photography’s expressive possibilities. “When I found the medium of photography, I was happy to finally be able to put across my feelings without having to use words. I’ve always struggled with getting my point across using words. I find photography special because I’m able to put forth my emotions and thoughts and values through my imagery to an audience without having to really explain what I’m trying to do.”

“ I find it very interesting to be able to create your own world and capture your thoughts in a way like no other, really.”

This captivation with photography led him to Falmouth College of Arts in Cornwall, England to study photography, where he learned to develop his skills and portfolio. “It was amazing, even though I think going to uni for photography is not really a necessity. It really is a skill that you can learn on your own. But being on a creative campus for three years surrounded by other artists, bouncing ideas off each other and brainstorming, was an experience that I would never take back.”

Daniel has also had some pretty cool mentors in Malaysia. “One of them was Raisa Azzam, who’s an amazing fashion photographer and has loads of experience in the industry. She’s a very close friend (actually my housemate as well), and any time I didn’t know anything, I’d just ask her and she’d be so happy to help.

Another mentor was Paulius Staniunas, the owner of All Is Amazing, a collective of photographers in Malaysia, who Daniel worked with for two years. “These two have left a prominent mark on how I do things – both in terms of photography, and business-wise. It’s so important to have someone with experience that you can talk to, because having many lines of education coming at you is always the best way to learn.”

Speaking more specifically about finding creative and artistic inspiration, Daniel says, “I draw a lot of my inspiration from my surroundings in general. I think there are specific triggers here and there that allow me to think. I’ve said this before in interviews – that I can get inspiration walking down the street and looking at a tree and the way the branches move in the wind and applying that to a specific texture or pattern or form to represent that within a photo. Obviously, I don’t get my inspiration 24/7 when I’m walking down the street. It tends to be when I’m walking or traveling alone – when I’m kinda fully by myself in a new place. I gain a lot of inspiration from being out of my comfort zone.

Apart from that, I surround myself with all these artists in Malaysia. I’ve become friends with a lot of them, and they’re so inspiring in the work they do. During the lockdown in Malaysia because of the pandemic, I realized that I find a lot of inspiration by going out and meeting new people and having conversations. So the lockdown really confined my creativity.”

Other places Daniel looks for inspiration? “I’m always going on Pinterest.” (Relatable) “Also continually  following new artists on Instagram, and surrounding myself with creative people online who inspire me, so that I constantly see new work coming up in my feed. It’s super important to have a constant flow of inspiration coming your way.”

Waxing enthusiastic, Daniel rhapsodizes over his Instagram artist crushes: “I would loooove to collaborate with photographer Zhong Lin, because she’s like on another standard. She’s absolutely amazing. Also, Amazing Clouds, a queer photographer, performer and club kid in Paris. So cool. His handle is @klaus_wiekind. So interesting! His photographs are beautifully shot, and so hyper realistic, in a way. I don’t know what he does with the lighting but it’s incredible and just looks so game-play-ish. I think it’s stunning. I’d love to work with him.

There’s one more I really really like, Damien Frost. He’s a photographer that – from what I understand – goes to different drag parties and sets up his backdrop – they’re drag parties or club kid parties – and these people are obviously all dressed up in their full hair and makeup and their costumes, and he takes these glorious, beautiful, sort of romantic, very royal-esque images of them against a black backdrop with this beautiful lighting and it’s just so simple but sooo effective. The level of artistry he’s able to capture with these artists themselves is amazing. You really get to see the underground culture of drag culture and club kid culture within his work. I’ve just always loved his work, since I stumbled upon him on Instagram.”

In that vein, Daniel is hopeful for the future of the arts scene in Malaysia. “The people in the fashion scene, whether photographers, makeup artists, designers, or set designers, just need to be more educated and aware of the issues that a lot of these minority groups face in our society. You just need to be willing to learn and do better.” 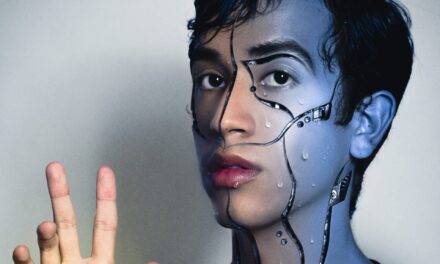 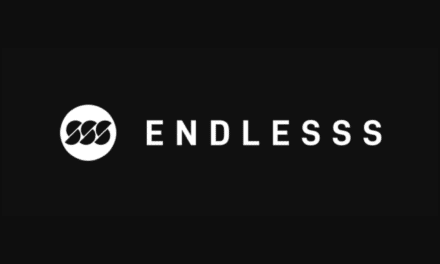 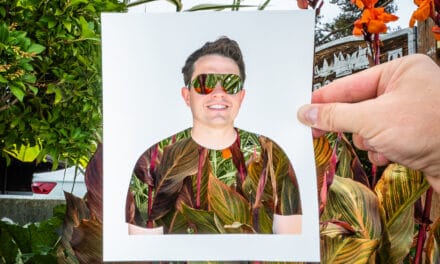 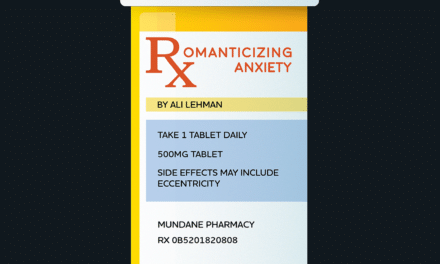